started a topic about 9 years ago 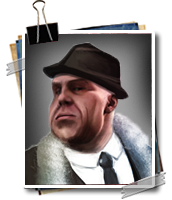 said about 9 years ago
I got five sheets of paper with all businesses and what income you get, all guns armours and vehicles with upkeep cost and attack defence stats, and what i maxxed armed up with last time. Then everything else gets worked out off that with pen and paper. Guess i must b old and out dated.....
Login or Signup to post a comment
More topics in Community Help (DTM)
See all 233 topics